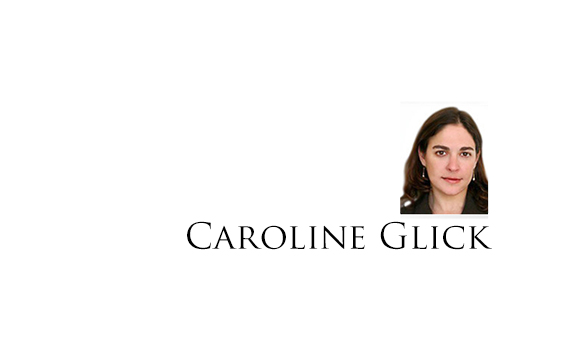 It is hard to get your arms around the stubborn determination of Prime Minister Benjamin Netanyahu today. For most of the nine years he has served as Israel’s leader, first from 1996 to 1999 and now since 2009, Netanyahu shied away from confrontations or buckled under pressure. He signed deals with the Palestinians he knew the Palestinians would never uphold in the hopes of winning the support of hostile US administrations and a fair shake from the pathologically hateful Israeli media.

In recent years he released terrorist murderers from prison. He abrogated Jewish property rights in Jerusalem, Judea, and Samaria. He agreed to support the establishment of a Palestinian state west of the Jordan River. He agreed to keep giving the Palestinians of Gaza free electricity while they waged war against Israel. He did all of these things in a bid to accommodate US President Barack Obama and win over the media, while keeping the leftist parties in his coalitions happy.

For his part, for the past six years Obama has undermined Israel’s national security. He has publicly humiliated Netanyahu repeatedly.

He has delegitimized Israel’s very existence, embracing the jihadist lie that Israel’s existence is the product of post-Holocaust European guilt rather than 4,000 years of Jewish history.

He and his representatives have given a backwind to the forces that seek to wage economic warfare against Israel, repeatedly indicating that the application of economic sanctions against Israel – illegal under the World Trade Organization treaties – are a natural response to Israel’s unwillingness to bow to every Palestinian demand. The same goes for the movement to deny the legitimacy of Israel’s very existence. Senior administration officials have threatened that Israel will become illegitimate if it refuses to surrender to Palestinian demands.
Last summer, Obama openly colluded with Hamas’s terrorist war against Israel. He tried to coerce Israel into accepting ceasefire terms that would have amounted to an unconditional surrender to Hamas’s demands for open borders and the free flow of funds to the terrorist group. He enacted a partial arms embargo on Israel in the midst of war. He cut off air traffic to Ben-Gurion International Airport under specious and grossly prejudicial terms in an open act of economic warfare against Israel.
And yet, despite Obama’s scandalous treatment of Israel, Netanyahu has continued to paper over differences in public and thank Obama for the little his has done on Israel’s behalf. He always makes a point of thanking Obama for agreeing to Congress’s demand to continue funding the Iron Dome missile defense system (although Obama has sought repeatedly to slash funding for the project).
Obama’s policies that are hostile to Israel are not limited to his unconditional support for the Palestinians in their campaign against Israel. Obama shocked the entire Israeli defense community when he supported the overthrow of Egyptian president Hosni Mubarak, despite Mubarak’s dependability as a US ally in the war on Islamist terrorism, and as the guardian of both Egypt’s peace treaty with Israel and the safety and freedom of maritime traffic in the Suez Canal.
Obama supported Mubarak’s overthrow despite the fact that the only political force in Egypt capable of replacing him was the Muslim Brotherhood, which seeks the destruction of Israel and is the ideological home and spawning ground of jihadist terrorist groups, including al-Qaida and Hamas. Obama then supported the Muslim Brotherhood’s regime even as then-president Mohamed Morsi took concrete steps to transform Egypt into an Islamist, jihadist state and end Egypt’s peace with Israel.
Israelis were united in our opposition to Obama’s behavior. But Netanyahu said nothing publicly in criticism of Obama’s destructive, dangerous policy.
He held his tongue in the hopes of winning Obama over through quiet diplomacy.
He held his tongue, because he believed that the damage Obama was causing Israel was not irreversible in most cases. And it was better to maintain the guise of good relations, in the hopes of actually achieving them, than to expose the fractures in US-Israel ties caused by Obama’s enormous hostility toward Israel and by his strategic myopia that endangered both Israel and the US’s other regional allies.
And yet, today Netanyahu, the serial accommodator, is putting everything on the line. He will not accommodate. He will not be bullied. He will not be threatened, even as all the powers that have grown used to bringing him to his knees – the Obama administration, the American Jewish Left, the Israeli media, and the Labor party grow ever more shrill and threatening in their attacks against him.
As he has made clear in daily statements, Netanyahu is convinced that we have reached a juncture in our relations with the Obama administration where accommodation is no longer possible.

Obama’s one policy that Netanyahu has never acquiesced to either publicly or privately is his policy of accommodating Iran.
Since Obama’s earliest days in office, Netanyahu has warned openly and behind closed doors that Obama’s plan to forge a nuclear deal with Iran is dangerous. And as the years have passed, and the lengths Obama is willing to go to appease Iran’s nuclear ambitions have been left their marks on the region, Netanyahu’s warnings have grown stronger and more urgent.
Netanyahu has been clear since his first tenure in office in the 1990s, that Iran’s nuclear program – as well as its ballistic missile program – constitutes a threat to Israel’s very existence. He has never wavered from his position that Israel cannot accept an Iran armed with nuclear weapons.
Until Obama entered office, and to an ever escalating degree until his reelection in 2012, preventing Iran from acquiring nuclear weapons has been such an obvious imperative among both Israelis and Americans that Netanyahu’s forthright rejection of any nuclear deal in which Iran would be permitted to maintain the components of its nuclear program was uncontroversial. In some Israeli circles, his trenchant opposition to Iran’s acquisition of nuclear capabilities was the object of derision, with critics insisting that he was standing strong on something uncontroversial while buckling on issues like negotiations with the Palestinians, where he should have stood strong.
But now we are seeing that far from being an opportunist, Netanyahu is a leader of historical dimensions. For the past two years, in the interest of reaching a deal, Obama has enabled Iran to take over Iraq, Syria, Lebanon, and Yemen. For the first time since 1974, due to Obama’s policies, the Golan Heights is an active front in the war against Israel, with Iranian military personnel commanding Syrian and Hezbollah forces along the border.
Iran’s single-minded dedication to its goal of becoming a regional hegemon and its commitment to its ultimate goal of destroying the US is being enabled by Obama’s policies of accommodation. An Iran in possession of a nuclear arsenal is an Iran that can not only destroy Israel with just one or two warheads. It can make it impossible for Israel to respond to conventional aggression carried out by terrorist forces and others operating under an Iranian nuclear umbrella.
Whereas Israel can survive Obama on the Palestinian front by stalling, waiting him out and placating him where possible, and can even survive his support for Hamas by making common cause with the Egyptian military and the government of President Abdel Fattah al-Sissi, the damage Obama’s intended deal with Iran will cause Israel will be irreversible. The moment that Obama grants Iran a path to a nuclear arsenal – and the terms of the agreement that Obama has offered Iran grant Iran an unimpeded path to nuclear power – a future US administration will be hard-pressed to put the genie back in the bottle.
For his efforts to prevent irreparable harm to Israel Netanyahu is being subjected to the most brutal and vicious attacks any Israeli leader has ever been subjected to by an American administration and its political allies. They are being assisted in their efforts by a shameless Israeli opposition that is willing to endanger the future of the country in order to seize political power.
Every day brings another serving of abuse. Wednesday National Security Adviser Susan Rice accused Netanyahu of destroying US relations with Israel. Secretary of State John Kerry effectively called him a serial alarmist, liar, and warmonger.
For its part, the Congressional Black Caucus reportedly intends to sabotage Netanyahu’s address before the joint houses of Congress by walking out in the middle, thus symbolically accusing of racism the leader of the Middle East’s only liberal democracy, and the leader of the most persecuted people in human history.
Radical leftist representatives who happen to be Jewish, like Jan Schakowsky of suburban Chicago and Steve Cohen of Memphis, are joining Netanyahu’s boycotters in order to give the patina of Jewish legitimacy to an administration whose central foreign policy threatens the viability of the Jewish state.
As for Netanyahu’s domestic opponents, their behavior is simply inexcusable. In Israel’s hour of peril, just weeks before Obama intends to conclude his nuclear deal with the mullahs that will endanger Israel’s existence, Labor leader Yitzhak Herzog insists that his primary duty is to defeat Netanyahu.
And as far as Iran is concerned, he acts as a free loader ad a spoiler. Either he believes that Netanyahu will succeed in his mission to derail the deal with or without his support, or he doesn’t care. But Herzog’s rejection of Netanyahu’s entreaties that he join him in Washington next week, and his persistent attacks on Netanyahu for refusing accommodate that which cannot be accommodated shows that he is both an opportunist and utterly unworthy of a leadership role in this country.
Netanyahu is not coming to Washington next Tuesday to warn Congress against Obama’s nuclear deal with Iran, because he seeks a fight with Obama. Netanyahu has devoted the last six years to avoiding a fight with Obama, often at great cost to Israel’s national security and to his own political position.
Netanyahu is coming to Washington next week because Obama has left him no choice. And all decent people of good will should support him, and those who do not, and those who are silent, should be called out for their treachery and cowardice.