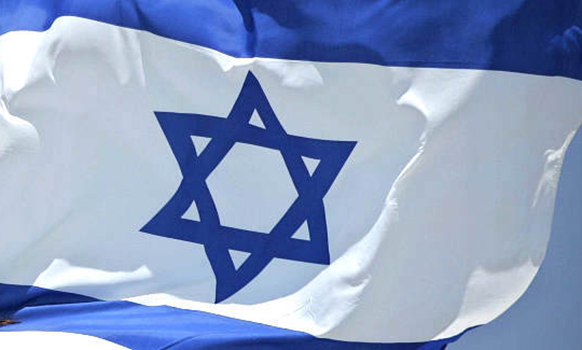 I am a student of history, humanity’s history and in particular the history of my own people, the Jews. I love history because it has so many lessons to teach us, but unfortunately we human beings insist in experiencing everything anew, instead of just learning from the stupid things we have done in the past. This goes all the way back to Adam and Eve, whom we should really blame for the way things are today. Because of them we humans are destined to struggle between good and evil… as individuals, as tribes, as communities and as organized countries… (instead of enjoying the benefits of paradise).

I am proud of the fact that we wrote the book of instructions regarding how to deal with good and evil… and also of the fact that we gave it out for free to anyone that is willing to follow the instructions. We even wrote a summary of the instructions for those lazy to read the entire book: «you shall not kill», «you shall not steel», «you shall honor your father and mother»… and so on…
We humans are a diverse group… there is everything among us, the good, the bad and the ugly, and that includes members of my own tribe as well (the Jews). But all in all, we have not fared bad at all, here we are, after 3000+ years, still kicking and very much alive… why? because our majority of associates followed the instructions… we stuck to the moral imperative that governs our lives (we call it Torah).

As a people, we are not better or worse than any other people… we are just different, we stick to our own people and our own beliefs… and those beliefs are not too difficult to understand, and when trying to summarize what keeps us going, I would say two things: «God is One» and «Love others as you love yourself»… in keeping up with those two principles me, you and the rest of humanity could fare pretty well in life… we did.

Speaking of life, that is another thing we cherish above all other things… LIFE. No matter whose it is, Jew or non Jew, life is the top most item in our priorities list. Above honor, above any principles whatever they might be. Life is a gift each of us is given for a short period of time, and no one (human) has the right to take it away from us… the only one that can take that gift away from us is the one that gave it to us to begin with… (God that is).

Unfortunately not everyone understands this… not only that, but for the last 3000+ years we have been bullied, oppressed, massacred, burned, killed for being what we are…: Jews. Why? Because of what we are…: we believe in one God, and we follow a moral imperative.

The list of those that did not like us and treated us “with extreme prejudice” is very long, so long that it makes any book about the history of the Jews a very lengthy reading affair… and the almost last ones in the list were the nazis… who in trying to contribute to the above list made killing the Jew into a science… creating the “final solution”. As a result. my grandfather Josef, my grandmother Esther, my aunt Elizabeth, her husband Bandy, their 4 year old child, and my cousin, Miriam, and my other aunt Katy, were loaded together into a train like cattle, taken to Auschwitz, gassed to death and burned in an oven…

For 3000+ years we have had a relation with the land of Israel. We built it, «they» destroyed it and we were banished, we re-built it «they» destroyed and we were banished again… we put it in our prayer books, so as to remind us daily that we had a pending issue, to go back to Jerusalem and re-build it again… and finally, we managed to do it. It was a long struggle, but we finally managed and in 1948 we declared ourselves an independent state, a nation among the nations… and were able to fulfill an ancient desire, as reads one of the sentences in our national antem (Hatikva): “…to be a free people in our land…” (…להיות עם חופשי באצנו…).
It has been 66 years since then. And the list of disgruntled humans mention above keeps growing… We have neighbors that still do not agree with our existence as a State, and of course as Jews. “…kill the Jews…” “…throw the Jews to the sea…” was and is their mantra.

But now, the situation is a bit different, as we can fight back;  and not only are we fighting for our continuing being Jews, we were fighting for our home as well. We were blessed with resourceful leaders, who from the beginning set the governing lines in the correct path… we were to be self-sufficient in as much as we could, we should be able to feed ourselves on our own, to defend ourselves on our own, and being that God did not bless us with oil as it did with our neighbors, we should strive to invest and develop the only asset we had at hand… us human beings. And all of the above we did, and let me tell you, it was not an easy task, but we made it.

We have done in 66 years what no other country in the world has done. We are the only democracy in this part of the Middle East, where justice and equality prevail, and yes, we are a Jewish country, we are the country of the Jews. We are the only country in the Middle East where we can live in democracy with equal rights and duties for their Jewish citizens, the Christian citizens, Muslim citizens and so on… and we are proud of it.

The world we live in is a world where a large amount of its inhabitants have lost their way as humans. The most barbaric events are taking place in many many places around the world. Again, it is not the first time something like this happens, but I do believe we are working ourselves into one of those peaks in the history of humankind similar to the peak we had during 1939-1945, when humankind lost its ways and the righteous nations and righteous leaders of the world had to intervene to straighten things out.
We are being threatened today by muslim fundamentalism. It has been slowly slowly acquiring momentum for the last 3-4 decades… and it is threatening the world, as german nazis threatened the world 80 years ago: with a criminal ideology of race supremacy where the non arians had to be destroyed. Today, the underlying principle is the same one…: a criminal ideology of race and ideological supremacy, where the infidels (the non muslim) have to be destroyed.

The difference between 80 years ago and these times are many and very dangerous. Today it is not a country doing these atrocities, today there are terrorist groups spread all over an area of this world doing the work, call them hamas, hisballa, boko haram, muslim brothers, al kaeda, ISIS, daesh and what have you… they all have in common that their only aim is death, terror, destruction and more over, they are all parasites, unproductive “humans”, that get their funds from evil masterminds such as Iran and Kattar, who play the role of innocent law abiding countries with a respectful place in the community of countries while feeding terror in the world.

And here we are, we Jews of Israel, in the middle of the lions den, dealing with our neighbors. Notice something important, that the moment any of our neighbors realized that we the Jews are here to stay, that we Israel is here to stay, and were willing to accept us as neighbors and desist from the idea of trying to annihilate us, we made peace with them. Today, after almost 30 years, we have a neighborly relation with Egypt, trade between Egypt and Israel is slowly flourishing, Arkia airline flies to Cairo and so on…. The same goes with Jordan, where Jordanian trucks travel to Ashdod to pick up their merchandise to bring back, Jordanian airlines fly to Ben Gurion Airport, etc. It was a slow lengthy road, but it did happen.

We have no grudge against the Palestinian people, the same as with Egypt and Jordan, in the final analysis we will come to an agreement with them, and finally create a situation of at least friendly neighborhood. But, we do have a grudge with hamas… they want to annihilate us Jews, and we are not going to allow them to do so. It is a sad situation the one in Gaza with hamas, and the one in Lebanon and Syria with hisbala. But the solution is simple: Stop trying to kill us!

One last word about the death of civilians in wars. We are trying to avoid it as much as possible… but war is not a party… war is a cruel and dehumanizing experience for any two parties involved. But, sometimes you have to do what you have to do, Eisenhower bombed and razed many german cities before the Nazis were stoped, Harry Truman bombed Hiroshima and Nagasaki… to end the war with Japan… they had no choice in order to avert a bigger massacre, they did what they had to do.

It is an easy proposition… all we ask is that our neighbors let us live our lives in peace. All we want is to farm our land, engage in our businesses, care for our families, develop ourselves as a just society, and whatever we create that could be beneficial, share it with the world… It is not much to wish for…