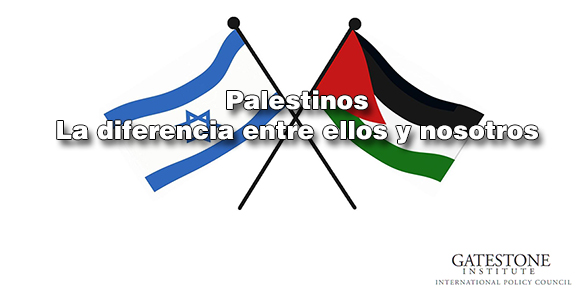 I cannot count the number of times that I heard from Israeli Jews the phrases «I’m ashamed» and «I’m sorry» in response to the horrific crime that claimed the life of Palestinian toddler Ali Dawabsha in the West Bank village of Duma last week.

The strong response of the Israeli public and leaders to the arson attack is, truthfully, somewhat comforting. The wall-to-wall Israeli condemnation of this crime has left me and other Palestinians not only ashamed, but also embarrassed — because this is not how we Palestinians have been reacting to terror attacks against Jews — even the despicable murder of Jewish children.

Our response has, in fact, brought feelings of disgrace and dishonor. While the Israeli prime minister, president and other officials were quick strongly to condemn the murder of Dawabsha, our leaders rarely denounce terror attacks against Jews. And when a Palestinian leader such as Mahmoud Abbas does issue a condemnation, it is often vague and equivocal.

Take, for example, what happened after last year’s kidnapping and murder of three Israeli teenagers by Palestinians in the West Bank. It not only took President Abbas four days to issue a statement condemning the terror attack, but even then, the condemnation was at best a tentative: «The Palestinian presidency… condemns the series of events that happened last week, beginning with the kidnapping of three Israeli youths.» Abbas then went on to denounce Israel for arresting dozens of Hamas members after the abduction and murder of the three youths.

Later in 2014, when Abbas did condemn a Palestinian terror attack that killed five Israelis in a Jerusalem synagogue, Fatah official Najat Abu Baker, a few days later, explained that Abbas’s condemnation was made «within a diplomatic context… [he] is forced to speak this way to the world.»

Abbas’s condemnation of the attack at the synagogue in Jerusalem’s Har Nof neighborhood apparently came only under pressure from U.S. Secretary of State John Kerry, who telephoned the Palestinian leader twice to demand that he speak out against the killings. Abbas’s statement said that the Palestinian leadership condemns the «killing of worshippers in a synagogue and all acts of violence, regardless of their source.» His statement then also called for an end to «incursions and provocations by settlers against the Aqsa Mosque.»

In contrast, Israeli leaders who condemned the murder of the Palestinian toddler sound firm and unambiguous. Here is what Prime Minister Netanyahu said after visiting the murdered baby’s parents and brother, who were wounded in the arson attack and are receiving medical treatment in Israeli hospitals: «When you stand next to the bed of this small child, and his infant brother has been so brutally murdered, we are shocked, we are outraged. We condemn this. There is zero tolerance for terrorism wherever it comes from, whatever side of the fence it comes from.»

The Israeli leaders’ condemnation of the baby’s murder is a sincere voice that reflects the views of the overwhelming majority of the Israeli public. In contrast, the Palestinian leaders’ denunciations of terror attacks do not reflect the general feeling on the Palestinian street. Each time Abbas reluctantly condemns a Palestinian terror attack, he faces a wave of criticism from many Palestinians.

Unlike the Israeli public, many Palestinians often rush to justify, and even welcome, terror attacks against Jews. This was the situation just a few weeks ago, when an Israeli man was shot dead near Ramallah. Several Palestinian factions and military groups applauded the murder,calling it a «natural response to Israeli crimes.»

This is the huge difference between the way Israelis and Palestinians react to terrorism. The murder of Dawabsha saw thousands of Israelis hold anti-violence rallies to condemn the horrible crime. But has anyone ever heard of a similar rally on the Palestinian side whenever terrorists kill innocent Jewish civilians? Is there one top Palestinian official or prominent figure who dares to speak out in public against the murder of Jews, at a rally in the center of Ramallah or Gaza City? Has there ever been a Palestinian activist who dared to hold a rally in a Palestinian city to condemn suicide bombings or the murder of an entire Jewish family?

While Israelis have been holding rallies to condemn terror attacks against our people, we have been celebrating the killing of Jews. How many times have we taken to the streets to hand out sweets and candies in jubilation over the killing of Jews? Such sickening scenes of men and women celebrating terror attacks against Jews on the streets of the West Bank and Gaza Strip have never been condemned by our leaders. These scenes have become commonplace each time Palestinian terrorists carry out an attack against Jews.

These scenes stand in sharp contrast to the public statements and rallies in Israel in response to terror attacks against Palestinians. Our leaders need to learn from Israel’s President, Reuven Rivlin, who said he was «ashamed» and «in pain» for the murder of the Palestinian toddler. When was the last time a Palestinian leader used such rhetoric to condemn the murder of Jews? The laconic statements issued by Abbas’s office in response to anti-Jewish terror attacks never talked about shame or pain.

We have failed to educate our people on the principles of tolerance and peace. Instead, we continue to condone and applaud terrorism, especially when it is directed against Jews. We want the whole world to condemn terrorism only when it claims the lives of Palestinians. We have reached a point where many of us are either afraid to speak out against terrorism or simply accept it when it claims the lives of Jews.

The Israeli president has good reason to be ashamed for the murder of the baby. But when will we Palestinians ever have a sense of shame over the way we are reacting to the murder of Jews? When will we stop glorifying terrorists, and naming streets and public squares after them, instead of strongly denouncing them and expelling them from our society? We still have a lot to learn from Israeli leaders and the Israeli public.

Bassam Tawil is based in the Middle East.