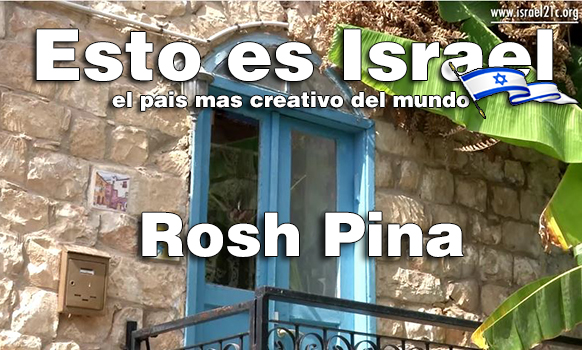 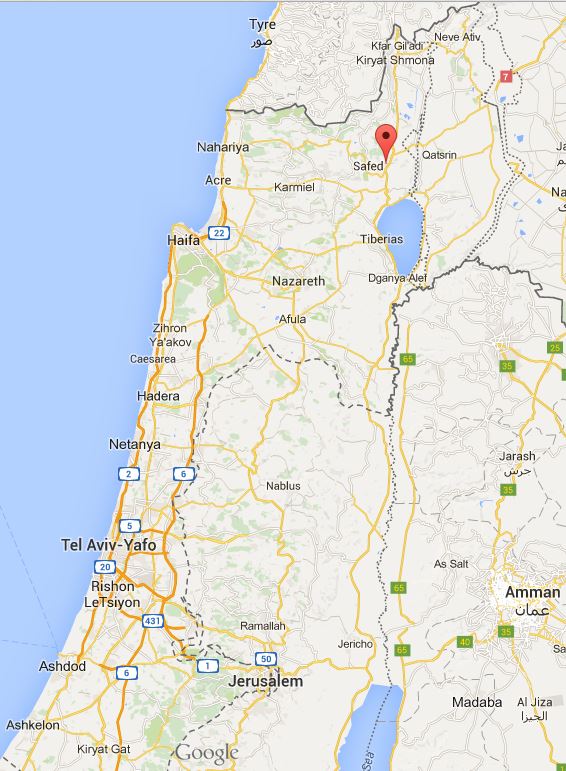 Now a thriving and picturesque artists’ colony, Rosh Pina was the site of two not-so-successful farming ventures in pre-state times.

Quaint town on a hillside (Photo courtesy Ministry of Tourism)

Ask most people what was the first Jewish settlement in modern Israel, and most will say Petah Tikva.

However, three months before Petah Tikva was founded in 1878, eighteen religious Jews from Safed (Tzfat) decided to embark on a Zionist farming enterprise and walked 90 minutes to the slopes of Mt. Canaan to build a new settlement, taking advantage of the area’s three natural springs. They called it Gai Oni.

“They didn’t want to beg for money from European Jews,” says tour guide and local resident Akiva Oren. “They wanted to work the land as farmers and make their own living.”

Though the venture folded after three years, it formed the basis for what is now the village of Rosh Pina (“cornerstone”) in the Upper Galilee. This village offers spectacular views of the Sea of Galilee, the Hula Valley, Mt. Hermon and the Golan Heights. Many of its historic stone buildings and gardens have been reconstructed and preserved, while new structures, parks and art galleries have been added in recent years.

Rosh Pina can be explored within a few hours, while its bed-and-breakfast facilities in restored stone houses serve as a quaint central base for tourists planning trips to the Galilee’s many Jewish, Christian, natural and historical sites nearby.

Though it’s a sleepy little town of about 2,500 residents, pop star Madonna reportedly looked into buying a house here because in the ancient Jewish mystical tradition, Rosh Pina is the site where the Messiah will appear.

In 1882, the First Aliyah movement saw many idealistic Europeans emigrating to their ancestral land at a time when the Jewish population in Palestine was about 50,000 in total.

That year, a Romanian Jew named Moshe David Shuv arrived on a boat at Jaffa Port, bought a horse and rode all the way up north looking for the right spot to settle along with at least 40 families from his village who’d given him funds to get started.

“When he reached Rosh Pina [Gai Oni], he said ‘I found it!’ and he sent a telegram describing it as similar to their own Romanian village – high up in the mountains, chilly, with a lot of water — and they all packed up and came by boat to Beirut, walked to Rosh Pina and established homes there,” says Oren.

By this time, most of the Safed adventurers had given up and left, and the few landowners there were Arab families.

“The Romanians slowly bought property from the Arabs, who were happy to teach them about farming and happy to sell them their land, because they needed money to pay off the Turks to keep their sons out of the army,” according to Oren. The renamed town of Rosh Pina was officially recognized by the state of Israel in 1953.

Shuv was the great-great-uncle of Oreet Segal, an Israeli tour guide. Segal says her grandmother Leah was five years old when she arrived from Romania with her parents, Mordechai and Rivka Katz. Rivka was Shuv’s sister.

“My grandmother remembered living in hillside caves at the beginning,” says Segal. “The first thing they built was a mikvah [ritual bath] and then small homes. They tried to be farmers, but didn’t know much about it.”

The European newcomers had naively brought along wooden boats, assuming they could earn some money by fishing in the springs. Quickly realizing these waterways were unsuited to commercial fishing, they instead put the boats together to form the roof of the wooden synagogue built in large part by Mordechai Katz. “You can still see the contour of the boats if you look up at the ceiling,” says Segal.

Farming turned out to be not much more successful than fishing. “It was really hard to survive,” says Oren. “Then, Baron [Edmund de] Rothschild sent them help. Rothschild helped them build their huge, elegant synagogue and gave a stipend to each family to help them buy a cow and a mule.”

As he did in other new settlements he supported, including Petah Tikva, Rothschild sent paid emissaries to oversee how his money would be spent. “These clerks didn’t know much about agriculture either,” says Segal. “They lived high on the hog compared to the settlers, and it caused a lot of resentment.”

First, the families tried planting mulberries to grow silkworms, and then they planted flowers to make perfume. Both ideas were flops, says Segal. “They suffered a lot from diseases and from hostile neighbors, too. My great-grandfather, who was very tall with red hair and a red beard, rode around guarding the settlement on a big white horse.”

Leah married the widowed religious leader of the community when she was young, and Segal’s father was the eighth of their 10 children. “They stayed in Rosh Pina until the start of World War I, and then my immediate family moved to Jerusalem,” she says.

In 1929, Prof. Gideon Mer established a malaria research laboratory in Rosh Pina, which gained worldwide recognition as his work helped stop the malaria epidemic among new agricultural settlers in the region — and also overseas, once Mer was made a medical officer in the army of King George VI. The preserved house contains an exhibit of ancient items from various periods, such as old plows, laboratory equipment and textbooks.

For many years, this “Mother of the Galilee settlements” remained a sort of forgotten backyard, as Segal puts it.

“Rosh Pina was never really successful until the 1980s or 1990s, when it became a haven for artists looking for inexpensive old homes. It started getting a rebirth as people bought up houses to make zimmerim [bed-and-breakfasts] and ceramic and art galleries. There are a lot of places to stay here today, and the weather is beautiful with a high elevation, so it’s pleasant in the summer with a great view.”

When she guides tourists in Rosh Pina, Segal shows them the house where her father was born, as well as the synagogue and the mikvah. “A lot of the original houses are there, just ‘yuppified’ and glorified,” she says, “including the home of the well-loved schoolteacher. When he passed away, they made a fancy memorial to him in the cemetery.”

Some of the retail shops from the late 19th and early 20th centuries are also in the process of being fixed up, along with one of the first hotels in the Galilee. The house where the Rothschild employees worked has been turned into offices and a museum featuring an audiovisual presentation about the history of Rosh Pina. The nearby Baron’s Gardens, modeled on the grand gardens at Versailles, are also open to the public.

A portal to the Galilee

Oren likes to use Rosh Pina as a starting point for tours of other spots in the Galilee, including Safed, Tiberias and the Hula Lake, a major attraction for migrating birds and the people who enjoy watching them.

“I take people for a few hours in Jeeps to see the north, which is really unique,” says Oren. “Rosh Pina is a good base for traveling in all four directions.”

He starts in the valley and climbs up all the way to the highest ridge, over 900 meters high, where snow falls every winter. He takes people west to the border with Lebanon, to the Hula to see the migrating birds, to theKorazim National Park, a Second Temple-era site overlooking the Sea of Galilee, and to Tel Hatzor, a national park on the ruins of the biblical King Solomon’s summer palace.

Biking is one of the most popular activities in the mountains around Rosh Pina, with trails from extreme to beginner. A new 25-kilometer section of the Israel Bike Trail was just opened this fall by the Keren Kayemeth LeIsrael-Jewish National Fund (), and there are also trails for horseback riding and hiking.

Accommodations in the Upper Galilee get more plentiful and posh all the time. Small boutique suite hotels in restored Rosh Pina stone buildings offer luxurious rooms with features such as hot tubs, wood floors, and private gardens from which to take in the views of Mt. Hermon, the Golan Heights and the Hula Valley.

Among the 30 bed-and-breakfast hotels in Rosh Pina is an environmentally conscious enterprise with a gray-water system (the water from the Jacuzzi and showers is used to irrigate the organic garden) and energy-efficient lighting. Some of these zimmerim are strictly kosher, while on the outskirts of Rosh Pina are high-end hotels.

In nearby Hatzor is a 26-room Mediterranean chateau-style boutique estate hotel in a two-story Jerusalem stone house surrounded by 6.5 acres of natural wine country. Guests munch on cheese, fruit and vegetables from local farms along with herbs and spices grown in the hotel gardens, and can lounge at the outdoor pool and Jacuzzi.

Seems like Madonna has plenty of places to stay even if she doesn’t buy any property in Rosh Pina.