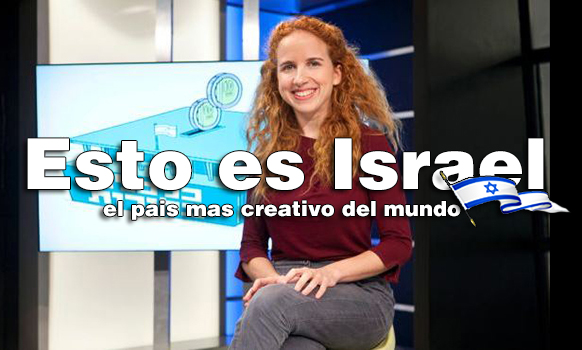 Not yet 30, Israel’s youngest lawmaker is already a legend

Video of Stav Shaffir’s impromptu ‘Who Is a Zionist’ speech goes viral after social justice activist catapults to No. 2 spot in Labor primary.
By Judy Maltz | Feb. 2, 2015 | 4:29 PM

She had once dreamed of becoming an astronaut. Later on, it was music that beckoned. In between, she dabbled in journalism and community service.

But a career in politics was never quite on the agenda. And certainly never in her wildest dreams did Stav Shaffir of Isael’s Labor Party imagine that by this stage in her life she would have achieved something verging on political stardom.

It’s not just the big messy mane of red hair that distinguishes this high-energy lawmaker from her Knesset colleagues, who often refer to her as the gingit, Hebrew for “redhead.” At 29, Shaffir is the youngest member of the outgoing Knesset and the youngest woman ever to serve as an Israeli lawmaker. If Zionist Camp ends up forming the next government, which recent opinion polls indicate is a distinct possibility, she could very well become the youngest woman ever to sit in the Israeli cabinet.

An impassioned address Shaffir recently delivered in the Knesset is sure to go down as one of the big moments of the 2015 election campaign. Barely a handful of Knesset members were present when Shaffir took the podium, but the YouTube video of her three-minute speech — which has become popularly known as the “Who Is a Zionist” speech — became an immediate sensation on social media.

Accusing the political right of misappropriating public funds to serve its own interests, and particularly those of its settler supporters, she cried: “Don’t preach to us about Zionism, because real Zionism means dividing the budget equally among all the citizens of the country. Real Zionism is taking care of the weak. Real Zionism is solidarity, not only in battle but in everyday life.”

Shaffir’s comments were an unplanned response to statements made by the head of the religious right-wing Habayit Hayehudi party, Naftali Bennett, she told Haaretz this week. “It was completely improvised,” she said. “We had come to the Knesset to vote on raising the minimum wage, when Naftali Bennett got up and started attacking my party. It made me really angry, and I decided I had to respond.”

The fact that the video of that impromptu speech went viral, said Shaffir, proves to her that “the Israeli public yearns for politics of hope and is sick of the politics of despair.”

That was little more than a week after Shaffir proved her overwhelming popularity within the party. She placed No. 2 in the January 14 Labor primary, giving her the fourth spot on the Zionist Camp ticket, the joint slate merging Isaac Herzog’s Labor with Tzipi Livni’s Hatnuah — just one rung below Herzog, Livni and former party chairwoman Shelly Yacimovich.

It was just over two years ago that Shaffir embarked on her political career. The Labor party was anxious to bring in some young blood, and Shaffir, with her credentials as an outspoken leader of the summer 2011 social justice movement, was seen as a candidate who could attract young voters. Few expected her to serve more than an ornamental function in her first term in the Knesset, or to learn the ropes of parliamentary life as quickly as she did.

Her opponents tend to pooh-pooh Shaffir as a loud-mouthed attention seeker with a penchant for provocation, especially when television cameras are around. But that doesn’t mean it’s been all talk and no action.

Ever since being sworn in two years ago, Shaffir has focused her energies on using her seat in the powerful Knesset Finance Committee to fight for greater budget oversight. As a newcomer to the system, she says she was shocked to discover how many millions of shekels are transferred from one item to another in the secret budget deals among political parties and interest groups, of which the public has little, if any, knowledge. The main targets of her wrath have been the defense establishment and the settler movement, both key beneficiaries of this lack of transparency.

“I was absolutely horrified,” she said in a recent interview with Haaretz. “I couldn’t believe things like this happen. All these deals are being made, and nobody understands what’s going on except for the chairman of the committee and the treasury officials. Most Israelis have no idea where their money is going. They pay lots of taxes, but many of the details of the budget are concealed from them. For example, how much money goes to [the northern border town of] Kiryat Shmona compared to how much goes to [the West Bank settlement of] Hebron, or how much goes to education versus how much goes to defense.”

As a stopgap measure, Shaffir began with filibusters, driving her political opponents mad with endless questions about each budgetary transfer. Then she recruited a staff of volunteers through Facebook to begin investigating every transfer — finding out where the money came from and where it was going, and then posting the findings on her Facebook page.

“Because the treasury tends to refuse to answer a lot of these questions, we decided to look into it ourselves,” she said.

The pressure worked. The treasury eventually broke down and agreed to publish information online on budgetary transfer requests several days before the Knesset Finance Committee was asked to vote on them, rather than on the spot, as had long been the norm — giving its members time to make informed decisions.

In December 2013, Shaffir went a step further when she petitioned the Supreme Court against the treasury and the Knesset Finance Committee for authorizing hundreds of millions of shekels of changes in the budget without the approval of the full Knesset and the cabinet.

Shaffir’s daily altercations with Nissan Slomiansky, the chairman of the Knesset Finance Committee and a member of Habayit Hayehudi, have become legendary — so much so that a recent cartoon in Haaretz had her thanking Slomiansky with a bouquet of flowers after her impressive showing in the Labor primary.

Not long before new elections were called in December, the Knesset Finance Committee was about to convene for its daily session, with Shaffir already poised for action, banging away on her laptop. Within minutes, she was lashing out at Slomiansky, seated at the head of the table, for authorizing yet another handout to an organization affiliated with the settler movement. As the scene played out, the two of them wagging their fingers at one another, Shaffir continued updating her followers in real time via Twitter and Facebook.

In between, she dashed over to a rather unlikely ally on the committee: Moshe Gafni, of the ultra-Orthodox United Torah Judaism party, who has previously served as its chairman. The two exchanged a few words in low voices and planned their strategy for undermining Slomiansky.

A committee member representing the ruling Likud, who asked not to be quoted by name, had this to say about the young Labor lawmaker, as he observed the scene: “She’s doing a fabulous job, and I wish there were more like her, but I really wonder if she would behave had she been representing the coalition rather than the opposition.”

‘It all comes down to the budget’

Born in the coastal town of Netanya, Shaffir grew up in Pardesiya, a small community in the central Sharon region. Her father was an accountant, and her mother a teacher who later joined her husband in the family business. Shaffir, the oldest of three children, has an autistic sister. Before joining the army, she spent a year working with underprivileged children in Tiberias.

Her dream was to become fighter pilot in the air force. But she didn’t make it through flight school and eventually transferred to Bamahaneh, the IDF magazine, where she served as a reporter for the remainder of her service, covering Israel’s 2005 withdrawal from Gaza and the Second Lebanon War in 2006. She went on to study sociology, journalism and music.

After completing her military service, Shaffir received a scholarship to City University London, where she participated in a special program to promote dialogue among future Israeli and Palestinian leaders and earned a bachelor’s degree in sociology and journalism. Upon returning to Israel, Shaffir, who plays the piano, drums, guitar, violin and oud,enrolled in the Rimon School of Jazz and Contemporary Music. Before embarking on her political career, she worked as a reporter and editor at various Israeli publications.

Despite not having any background in economics or finance, Shaffir, who lives in Tel Aviv, made a conscious decision her first day in the Knesset to immerse herself in money matters. “In the end, it all comes down to the budget,” she said. “How the budget is allocated determines whether there is equality and social justice in this country.”